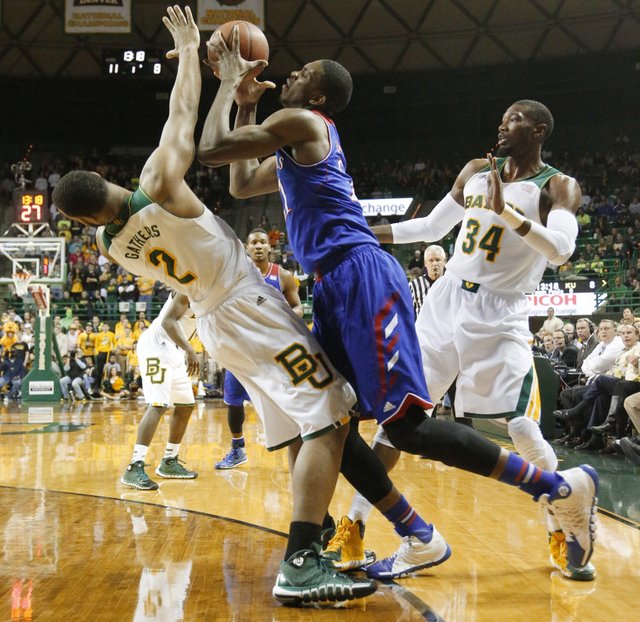 Kansas center Joel Embiid, right, draws a foul charge as he drives into Baylor player Rico Gathers during the first half on Tuesday, Feb. 4, 2014 at Ferrell Center in Waco, Texas.

Brannen Greene disagrees with those who say some of Kansas University’s first-year players, including center Joel Embiid, have hit the fabled “freshman wall.” By Gary Bedore