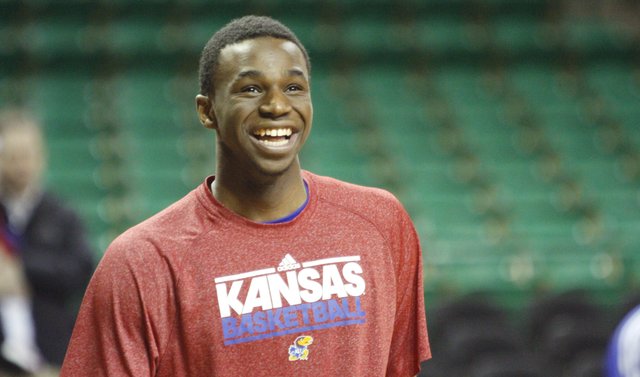 Kansas guard Andrew Wiggins laughs with teammates during a shoot around before the start of the Jayhawks game against Baylor Tuesday, Feb. 4, 2014 at Ferrell Center in Waco, Texas...

Wiggins one of 10 semifinalists for Naismith Trophy

Kansas University freshman Andrew Wiggins has been named one of 10 semifinalists for the 2014 Men's Naismith Trophy, the Atlanta Tipoff Club announced Friday.