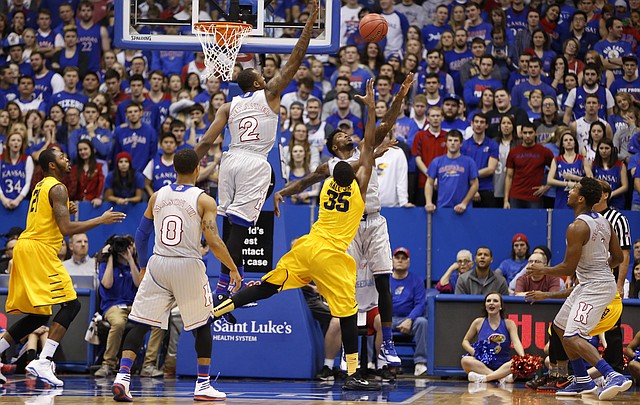 Kansas forward Cliff Alexander (2) gets up to reject a shot from Kent State forward Jimmy Hall (35) during the second half on Tuesday, Dec. 30, 2014 at Allen Fieldhouse.

Alexander has lofty goal for Jayhawks

Consider the Kansas University basketball team’s final game of 2014, a 78-62 victory against Kent State in Allen Fieldhouse, a small move in the right direction. Not just toward becoming a better team, but in settling on a starting lineup that gives KU its best blend of pure talent and experience. It’s not difficult to formulate a guess as to which five players form that starting lineup, one that took the court for one game, which also happened to be the worst game Kansas has played in years. Column by Tom Keegan