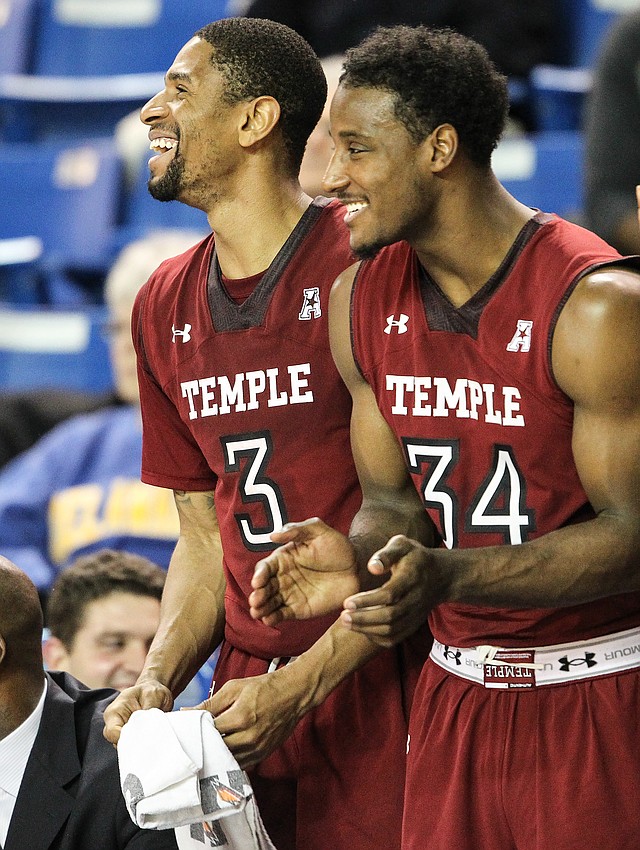 Temple's Jesse Morgan (3) and Devin Coleman (34) celebrate on the bench near the end of a game against Delaware on Thursday, Dec. 18, 2014, in Newark, Del. Temple won 82-62. The Owls will host Kansas University tonight.

Temple’s basketball team has played 11 games this season, but the last contest is the one garnering all the attention and may be the only one that means much heading into today’s 6 p.m. game against Kansas University in Wells Fargo Center. By Gary Bedore