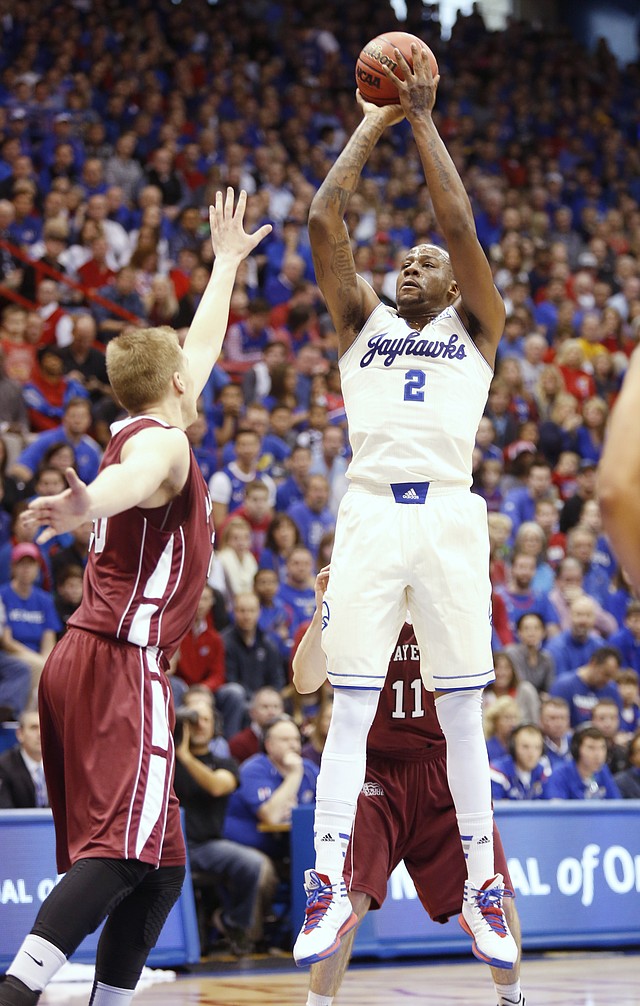 Self goes away from probable starting five

Kansas University sophomore wing Brannen Greene, who was ticketed to start his second straight game on Saturday, missed the entire first half as penalty for arriving late for a weight-training session on Friday. By Gary Bedore

Six players reached double digits in scoring and the Kansas University men's basketball team improved to 9-1 with a 96-69 victory over a scrappy Lafayette team Saturday at Allen Fieldhouse. By Matt Tait