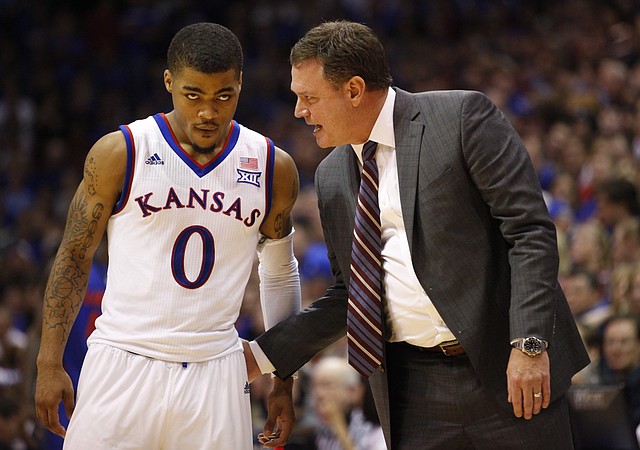 Kansas head coach Bill Self has a chit-chat with point guard Frank Mason during the second half on Friday, Dec. 5, 2014 at Allen Fieldhouse.

When you’ve won 12 consecutive conference titles, you tend to have a pretty clear understanding of how to handle the spotlight that shines on your program while people wonder if this will be the year the streak ends. By Matt Tait

After holding a team meeting on Monday, Kansas coach Bill Self and his Jayhawks will officially begin preparations for the 2016-17 season on Tuesday. By Matt Tait

Kansas University basketball coach Bill Self is hoping the sprained ankle point guard Frank Mason III sustained against Florida on Dec. 5 is the sophomore’s last injury of the 2014-15 season. By Gary Bedore