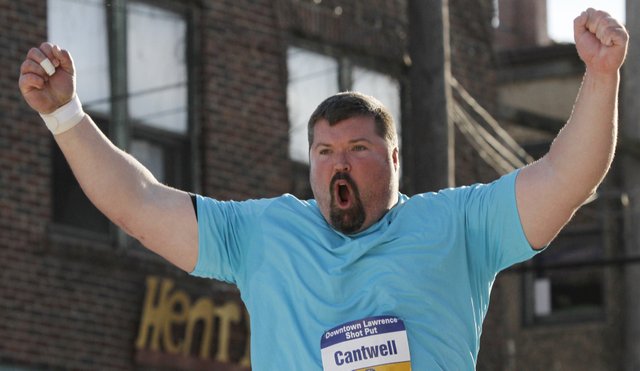 Christian Cantwell, who placed fourth in the shot put in the 2012 Olympics after winning silver in ‘08, has heard he’s over the hill at the still-young age of 33. “I was reading some stuff leading up to this. Everybody was talking about (Ryan) Whiting and (Reese) Hoffa, this and that, and they never once brought my name up. I was like, ‘Damn, did I drop off the face of the earth?’ It was like they forgot about me or something,” an animated Cantwell said after winning Friday’s downtown Lawrence shot put with a throw of 70 feet, 1 inch. By Gary Bedore