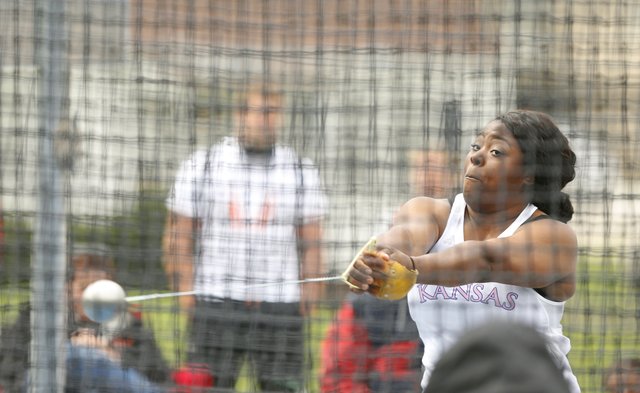 Kansas' Daina Levy spins through her routine as she prepares to throw during the preliminary round of the Hammer Throw event of the Kansas Relays, Thursday, April 17, 2014 outside Memorial Stadium.

Hammer time: Med school-bound Levy competes as KU thrower while she can