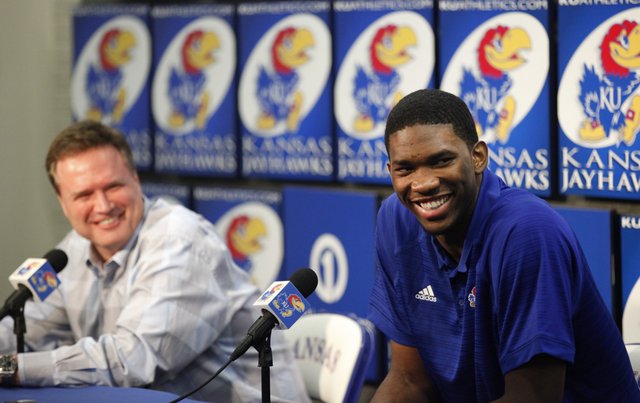 Kansas center Joel Embiid smiles along side head basketball coach Bill Self as he talks with media members during a news conference on Wednesday, April 9, 2014 at Allen Fieldhouse in Lawrence, Kan. Embiid announced his intention to enter the 2014 NBA Draft. (AP PHOTO/Nick Krug/Lawrence Journal-World)

MVP or not, Kansas coach Bill Self believes it's clear that former Jayhawk Joel Embiid is among the best in the world

Admittedly disappointed by former Jayhawk Joel Embiid finishing second in the NBA’s MVP voting for the second year in a row, Kansas coach Bill Self said this week that he expected the 7-foot star to have “more opportunities to win it moving forward.” By Matt Tait