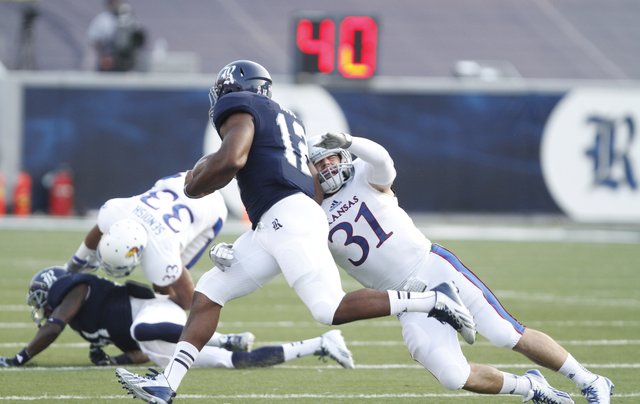 Full-speed ahead: Kansas LB Ben Heeney gung-ho from the get-go

To say that Ben Heeney has blown up during the past 13 months would be an understatement. But to say his overdrive attitude and blue-collar success came out of nowhere would be flat-out wrong. By Matt Tait