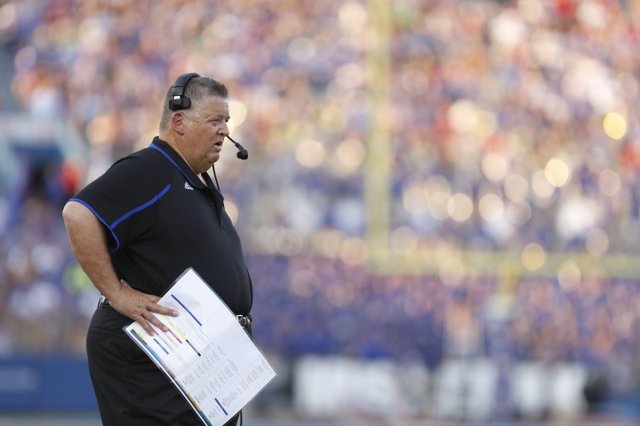 Kansas head coach Charlie Weis watches as a touchdown by Josh Ford is called back during the first quarter against South Dakota on Saturday, Sept. 7, 2013 at Memorial Stadium.

Former Kansas University football coach Charlie Weis, who was hired by KU in 2011 and fired four games into his third season with the Jayhawks in 2014, may be hanging up his whistle for good. By Matt Tait

Opinion: KU's offense not quite right in opener