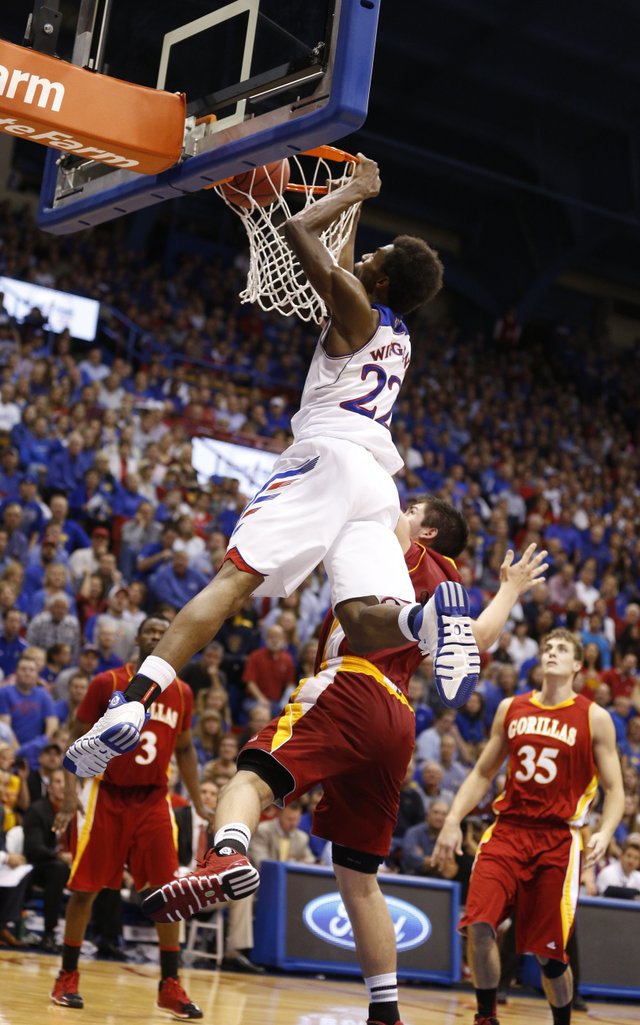 Kansas forward Andrew Wiggins delivers a dunk over Pittsburg State forward Trevor Gregory during the first half of an exhibition game on Tuesday, Oct. 29, 2013 at Allen Fieldhouse.

ESPN is hyping ESPN the Magazine’s college preview cover story, which hit stores on Friday, with the angle that Andrew Wiggins will be playing at KU just one season. Notes by Gary Bedore

The first slam dunk of Andrew Wiggins’ Kansas University basketball career — the flushing of a deep lob from Jamari Traylor, who was stationed well beyond the three-point stripe — had 16,300 Jayhawk fans thankful on Tuesday night that the much-anticipated 2013-14 basketball season is finally under way. By Gary Bedore