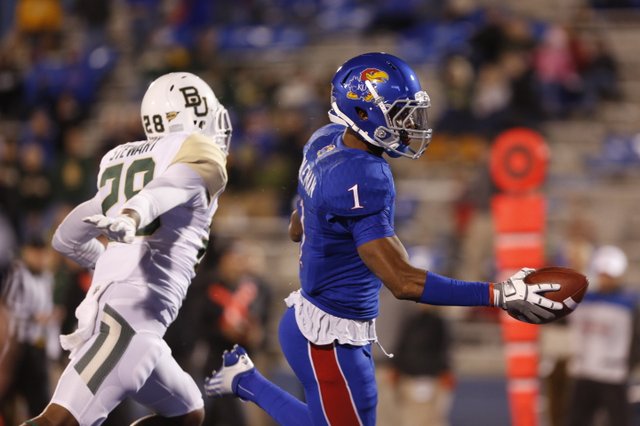 Kansas receiver Rod Coleman cruises into the endzone past Baylor safety Orion Stewart during the fourth quarter on Saturday, Oct. 26, 2013.

Spring football is the season for blossoming and Rodriguez Coleman’s name has popped up so often among coaches and teammates that it’s obvious the junior-to-be wide receiver is catching more eyes now than he did footballs last season. Column by Tom Keegan

It’s called “sticking a route,” and Kansas University receiver Rodriguez Coleman has learned a whole lot more about it in the last few weeks. That’s because KU football coach Charlie Weis has been spending more of his time at practice and in film sessions working with the receivers. By Jesse Newell