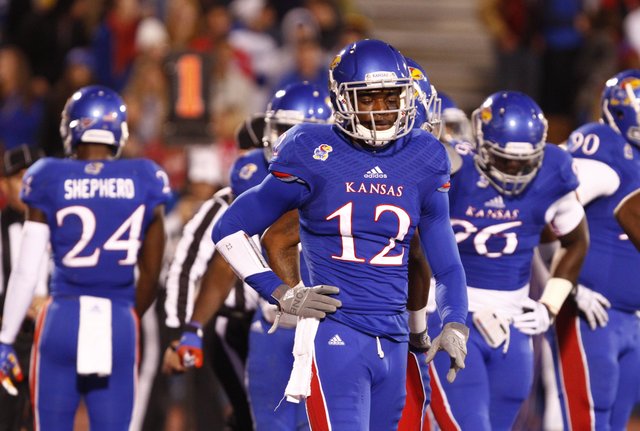 Kansas cornerback Dexter McDonald and the Kansas defense show their disappointment after giving up a touchdown to Baylor during the second quarter on Saturday, Oct. 26, 2013.

Saturday night’s 59-14 loss to sixth-ranked Baylor marked the 11th time in the past four seasons that Kansas University’s football team had given up 50 points or more in a game and the sixth loss of at least 45 points during that same stretch. By Matt Tait

On Saturday night, the Jayhawks strolled onto the field without so much as a hint of the juice that they had shown in previous weeks at home, and it showed in a blowout loss to Baylor. By Matt Tait