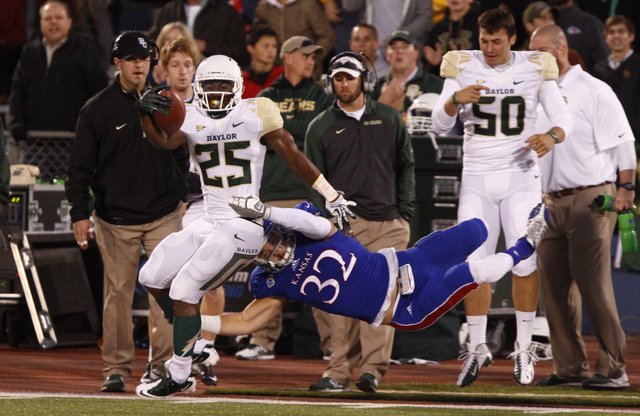 Despite having two years remaining in a college football career that has been littered with injuries, Kansas University linebacker Schyler Miles believes the time is now for him to make an impact. By Matt Tait

Baylor’s second road game of what has been a magical 2013 season was much better than the first. By Gary Bedore