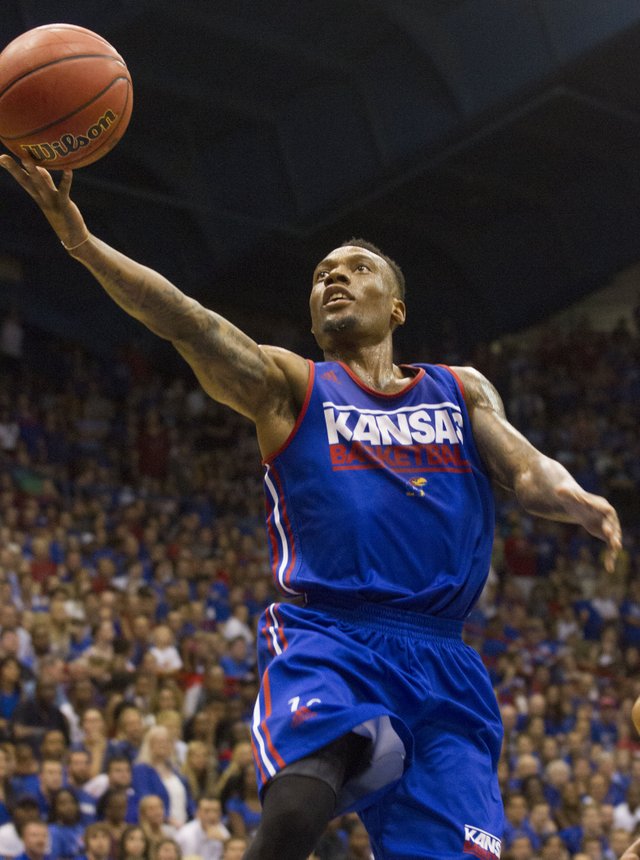 Kansas University junior point guard Naadir Tharpe will miss the season-opener on Nov. 8 against Louisiana Monroe after he illegally played in a summer-league game in Chicago, KU coach Bill Self announced after KU's 97-57 exhibition victory over Pitt State on Tuesday in Allen Fieldhouse. By Gary Bedore

The Kansas men's basketball team will host an open practice and scrimmage Saturday, Oct. 19, from 9:45 a.m. until approximately 11 a.m. prior to KU's home football game against Oklahoma. The event is free to the public.

Self: KU needs Tharpe to be irreplaceable

Kansas University coach Bill Self expects more — much more — from point guard Naadir Tharpe in his junior season. “I need Naadir to be our most valuable player,” Self said Tuesday before the Coaches vs. Cancer Season Tipoff Reception at Municipal Auditorium. By Jesse Newell