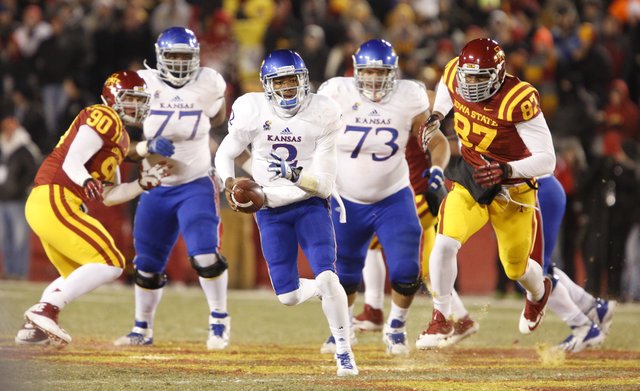 Kansas quarterback Montell Cozart takes off on a run against the Iowa State defense during the second quarter on Saturday, Nov. 23, 2013 at Jack Trice Stadium in Ames, Iowa.

Weis sticking with Cozart as starting QB for finale

One day after saying he had no plans to divulge the identity of this week’s starting quarterback, Kansas University football coach Charlie Weis released the latest version of his depth chart with true freshman Montell Cozart listed as the first-team quarterback. By Matt Tait