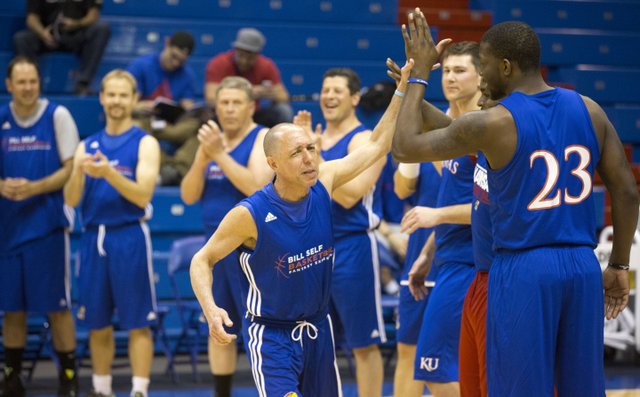 Richard Rosenzweig slaps hands with former Kansas player Mario Little as he is introduced before a game at the Bill Self Fantasy Camp on Thursday, May 2, 2013, at Allen Fieldhouse.

Former Kansas University player Mario Little says he’s in the best shape of his life as he tries to play professional basketball for a living. By Gary Bedore