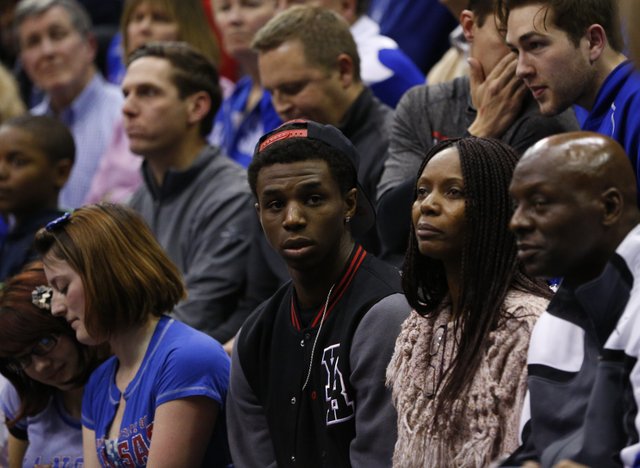 Kansas recruit Andrew Wiggins watches from behind the bench during the second half, Monday, March 4, 2013 at Allen Fieldhouse.

Paul Biancardi, who is ESPN.com’s director of basketball recruiting, professes no inside knowledge into the decision-making process of Andrew Wiggins, the country’s No. 1 high school prospect who has a final list of Kansas, Kentucky, North Carolina and Florida State. By Gary Bedore

Kansas University men's basketball coach Bill Self has three scholarships available to award in the spring signing period, which starts today and ends on May 15. By Gary Bedore