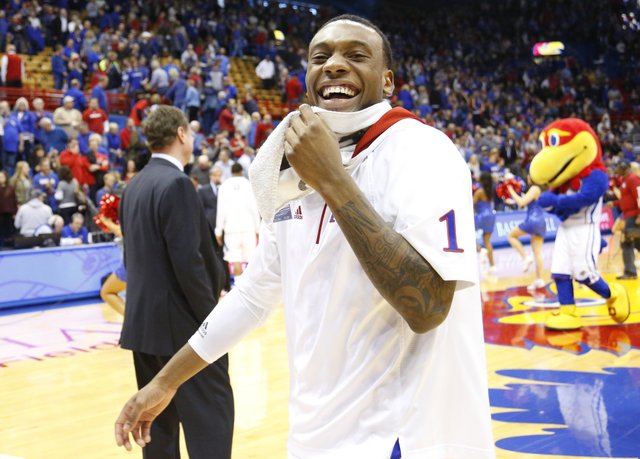 Kansas guard Naadir Tharpe smiles after some words from head coach Bill Self following the Jayhawks' 91-65 win over West Virginia on Saturday, March 2, 2013 at Allen Fieldhouse.

Naadir Tharpe making most of opportunity

During Kansas University’s six games in the 2012 NCAA Tournament, then-freshman point guard Naadir Tharpe did not play during the final four games of KU’s run to the national title game and logged just 17 minutes of combined court time against KU’s first two opponents. By Matt Tait