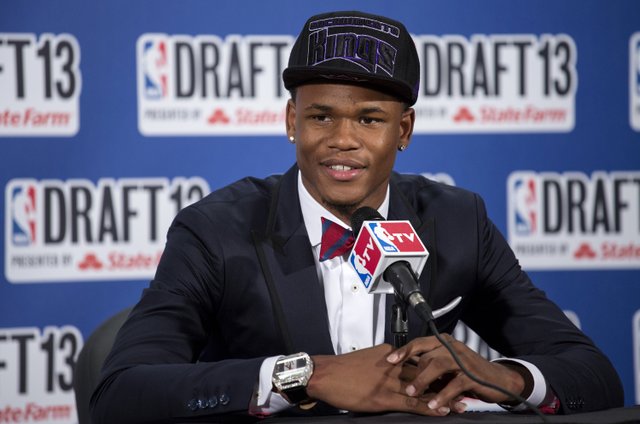 Kansas' Ben McLemore, picked by the Sacramento Kings in the first round of the NBA basketball draft, speaks during a news conference Thursday, June 27, 2013, in New York.

In letting Ben McLemore slip all the way to seventh in Thursday night’s draft, NBA general managers were guilty of obsessing on Cindy Crawford’s mole, the hitch in Jim Furyk’s golf swing, the raspy flatness to Bob Dylan’s voice. Column by Tom Keegan

His moment of Truth? Ben McLemore goes No. 7 in NBA Draft to Sacramento Kings

When the Sacramento Kings snagged Ben McLemore at No. 7 in the NBA Draft, those around McLemore turned their thoughts to another former Jayhawk who unexpectedly slipped down the board on draft night 15 years ago: Paul Pierce. By Matt Tait