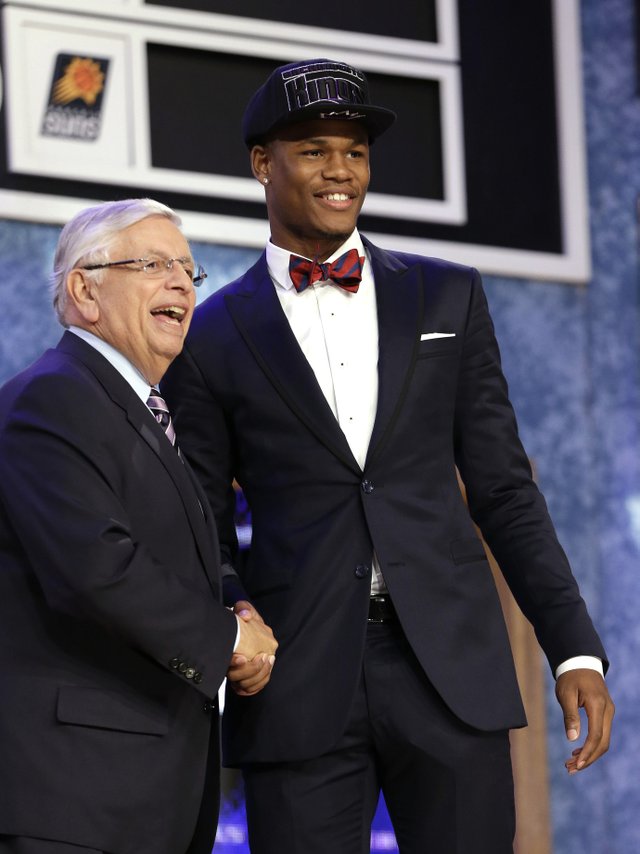 NBA Commissioner David Stern, left, shakes hands with Kansas' Ben McLemore, who was selected by the Sacramento Kings in the first round of the NBA basketball draft, Thursday, June 27, 2013, in New York.

Kings: 'We got the best player in the draft' in McLemore

His moment of Truth? Ben McLemore goes No. 7 in NBA Draft to Sacramento Kings

When the Sacramento Kings snagged Ben McLemore at No. 7 in the NBA Draft, those around McLemore turned their thoughts to another former Jayhawk who unexpectedly slipped down the board on draft night 15 years ago: Paul Pierce. By Matt Tait