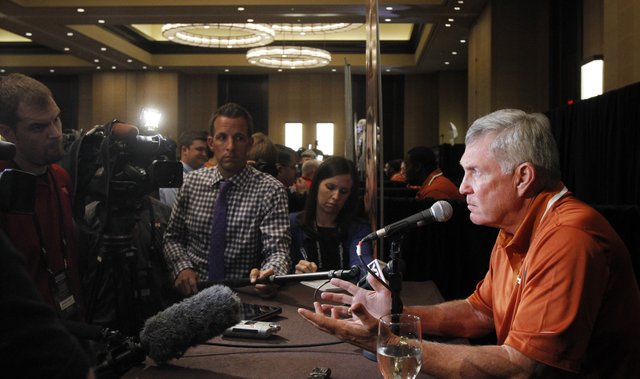 Texas coach Mack Brown talks to members of the media during a breakout session at the Big 12 Conference football media days on Tuesday, July 23, 2013, in Dallas.

Texas football coach Mack Brown, whose team was picked to finish fourth in the Big 12 preseason media poll, said Tuesday he did not put too much stock in the ranking because he believed the Big 12 was the most balanced conference in the country. Brown backed up his claim by pointing at a KU team he thinks 'will be back soon.' By Matt Tait