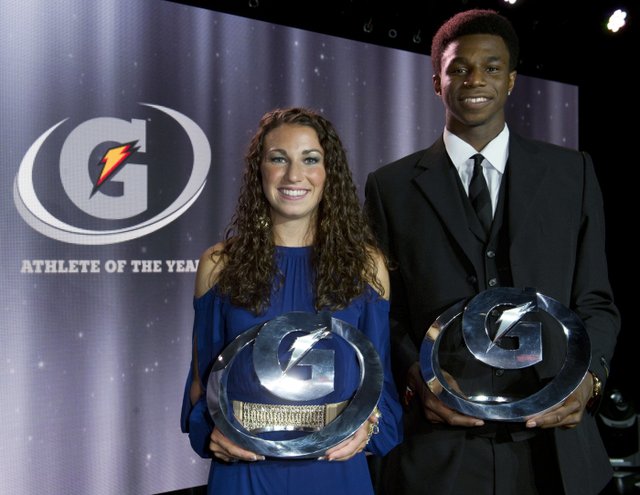 In a photo provided by Gatorade, Andrew Wiggins, right, and Morgan Andrews hold their trophies after being named the nation's top prep male and female athletes, Tuesday, July 16, 2013, in Los Angeles.