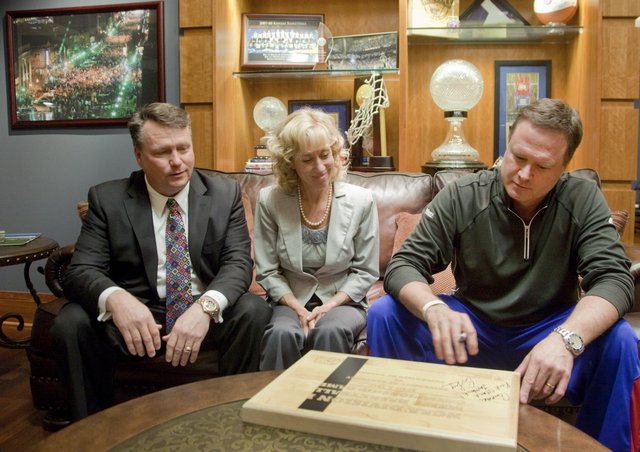 Kansas basketball coach Bill Self signs a piece of the floor from the New Orleans Superdome court used during the 2012 NCAA championship game between KU and Kentucky. Joe and Nancy Jones of Lawrence, left, acquired 50 pieces of the Final Four floor, some of which were then signed by Self on Jan. 23 and will be auctioned off for charity.

Opinion: Final floor worth it for memories, charity

Kansas University's 2012 NCAA runner-up team was one of Bill Self's most memorable in years, and one Lawrence business owner believes he can turn that fresh memory into big bucks for charity. Column by Tom Keegan