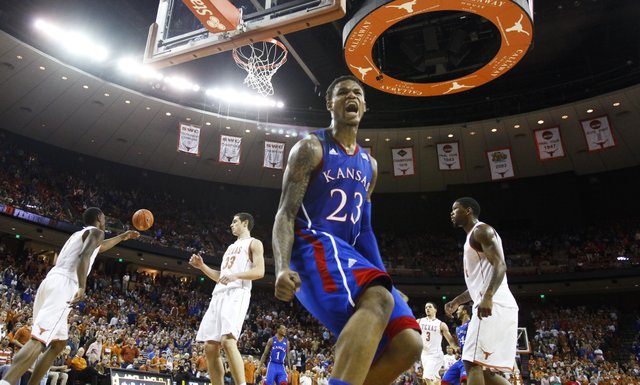 Kansas guard Ben McLemore roars after dunking against Texas during a comeback run by the Jayhawks late in the second half on Saturday, Jan. 19, 2013 at Frank Erwin Center in Austin, Texas.

There was one, huge positive to be taken from a game in which Kansas trailed by as many as 11 points the second half against Texas: The Jayhawks finished the game well, according to coach Bill Self. By Gary Bedore