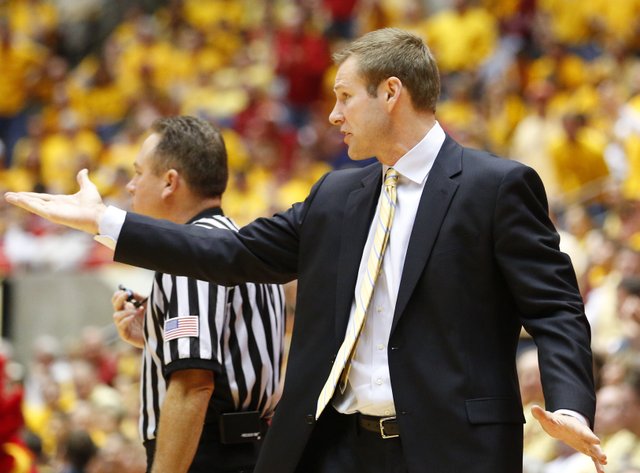 Iowa State head coach Fred Hoiberg pleads with an official during the second half on Monday, Feb. 25, 2013 at Hilton Coliseum in Ames, Iowa.

Pretty sure he is pointing at Withey saying, "the big guy fouled him, not the kid with all the hair. Cmon man foul him out already."