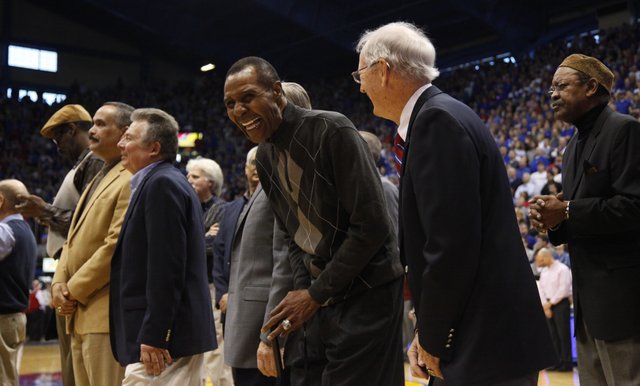 The only drawback in rooming with Ted Owens on golf excursions to Scotland and Ireland, Bill Self says, is the 84-year-old former Kansas University basketball coach’s habit of rising before the sun. By Gary Bedore

“An Evening With Former KU Coach Ted Owens,” featuring the man who ran Kansas University’s basketball program from 1964 to ’83, is scheduled for 7 p.m., Sunday, Nov. 3 at the Kansas Union Ballroom. By Gary Bedore