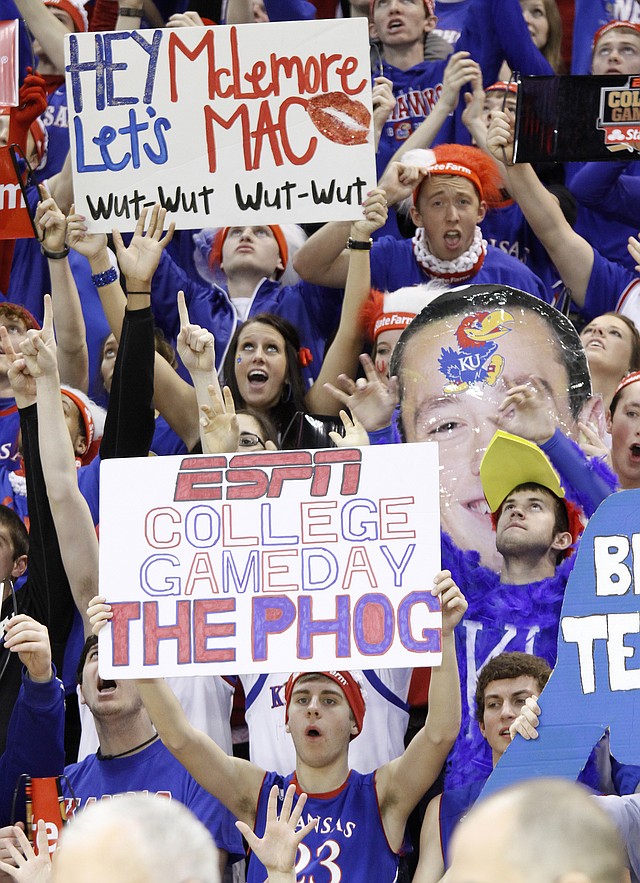 KU fans participate in the ESPN College Game Day show in this photo from February 16, 2013, in Allen Fieldhouse.

Kansas hoops to bask in glow of TV

Kansas University’s basketball team will play 25 games on the ESPN family of networks and one apiece on CBS and the CBS Sports Network, KU’s athletic department announced Wednesday. By Gary Bedore