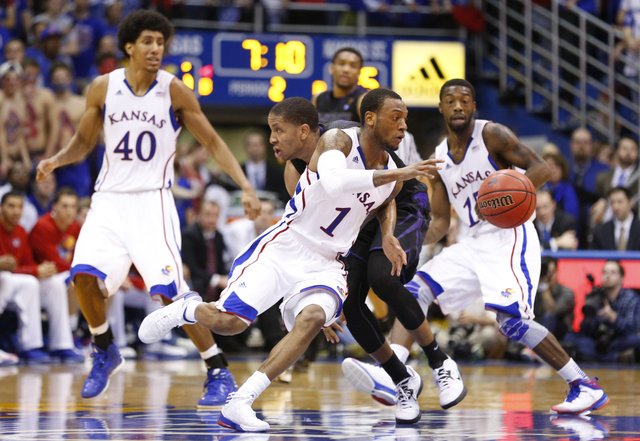 Kansas guard Naadir Tharpe steals the ball from Kansas State guard Rodney McGruder during the second half on Monday, Feb. 11, 2013.

Naadir Tharpe was cited as one of the stars of the game for his defense on Kansas State standout Rodney McGruder. By Gary Bedore

On this night, especially in the first half, Kansas sophomore point guard Naadir Tharpe did a brilliant job of doing what point guards are supposed to do, which is to bring out the best in the other four players on the floor, Journal-World sports editor Tom Keegan writes.• Box score• KU coach Bill Self postgame audio