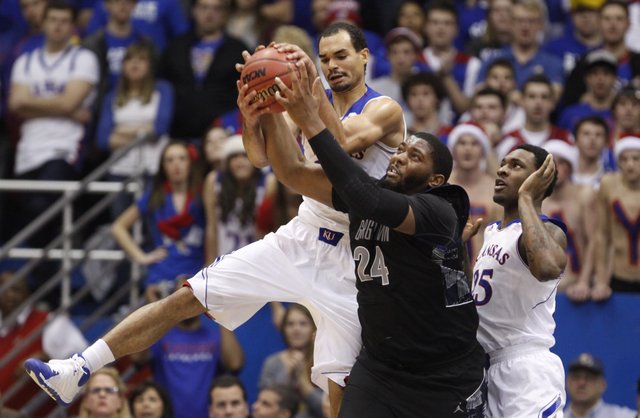 A hard shot to the back of the head delivered by Georgetown’s Nate Lubick on a second-half shooting foul ended Kansas University forward Perry Ellis’ day Saturday in Allen Fieldhouse. But coach Bill Self said Ellis shouldn't miss any time. By Gary Bedore

Kansas University players Tarik Black and Naadir Tharpe said KU forward Perry Ellis told them he was OK following a blow to the head during KU's 86-64 victory over Georgetown on Saturday at Allen Fieldhouse.