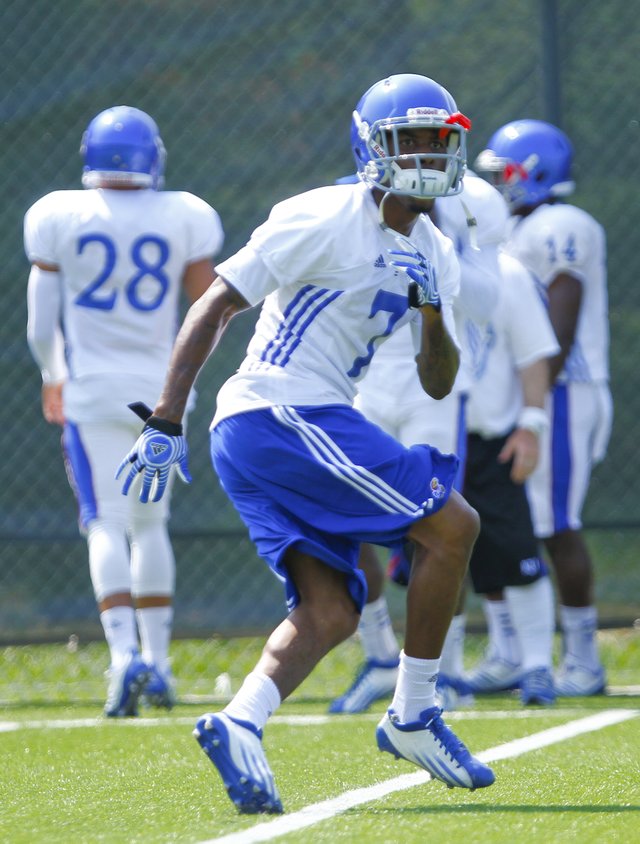 Kansas cornerback Kevin Short angles himself during drills as he works out with his fellow position players during practice on Tuesday, Aug. 20, 2013.

Kansas University cornerback Kevin Short has been declared ineligible by the NCAA and will red-shirt the 2013 season while remaining at KU, KU coach Charlie Weis announced in a press release this morning.

After a long wait, Kevin Short finally made it to campus. The Kansas University cornerback from Fort Scott Community College, who spent the past several weeks waiting to be cleared academically, took part in his first KU practice Tuesday afternoon. By Matt Tait