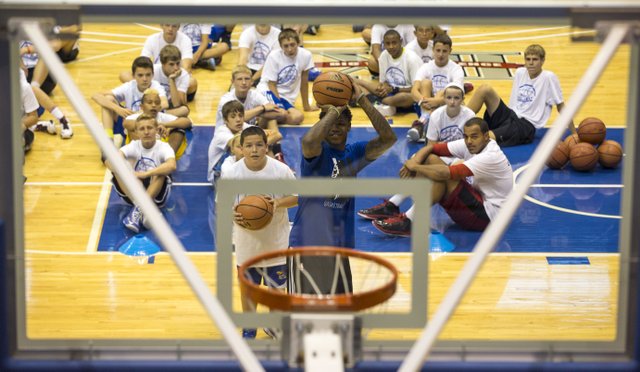 Eleven-year-old Chris Fields waits for his turn to shoot as he and former Kansas University player Ben McLemore duel it out in a game of knockout as other campers watch during the Bill Self basketball camp Saturday at Allen Fieldhouse.

Ben McLemore, who had hoped to be selected first or second, but slipped to seventh overall in the 2013 NBA Draft, carries some added motivation into his first pro season and has his sights set on the Rookie of the Year award. By Gary Bedore