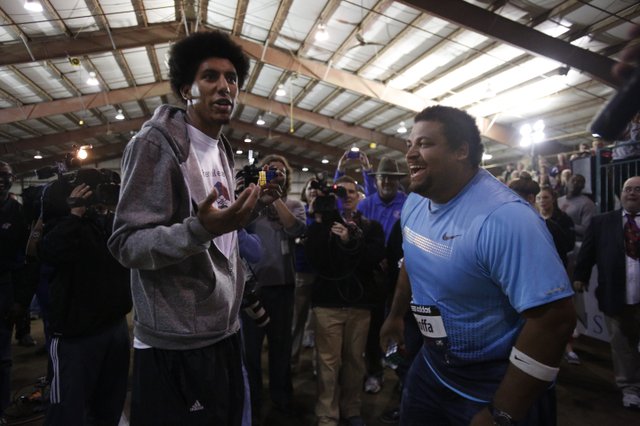 Kansas basketball forward Kevin Young throws up his hands after losing to Reese Hoffa in a Rubik's Cube competition following the Elite Men's Shot Put event of the 2013 Kansas Relays in the livestock arena of the Douglas County Fairgrounds. Nick Krug/Journal-World Photo

Kansas basketball player Kevin Young’s appearance in the Douglas County Fairgrounds livestock arena Wednesday did nothing but grow the popularity of the senior from Southern California. It was quite the sight watching the long, slender basketball player doing battle in the Rubik’s Cube with an Olympic shot-put medalist. Column by Tom Keegan