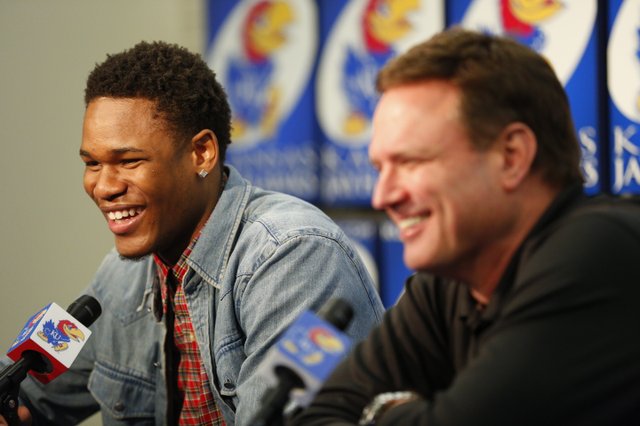 Kansas guard Ben McLemore smiles next to head coach Bill Self after saying that he will miss Self during a news conference in which McLemore declared his intention to enter the 2013 NBA Draft. Nick Krug/Journal-World Photo

Bill Self, who in the past several weeks was ranked the No. 2 recruiter of all college coaches (behind John Calipari) and No. 4 X’s and O’s coach (behind Tom Izzo, John Beilein and Rick Pitino), on Monday was named the college coach most qualified to run an NBA franchise successfully. By Gary Bedore

The pool into which Kansas freshman Ben McLemore is about to plunge is rife with jewels. And jewel thieves. Column by Tom Keegan