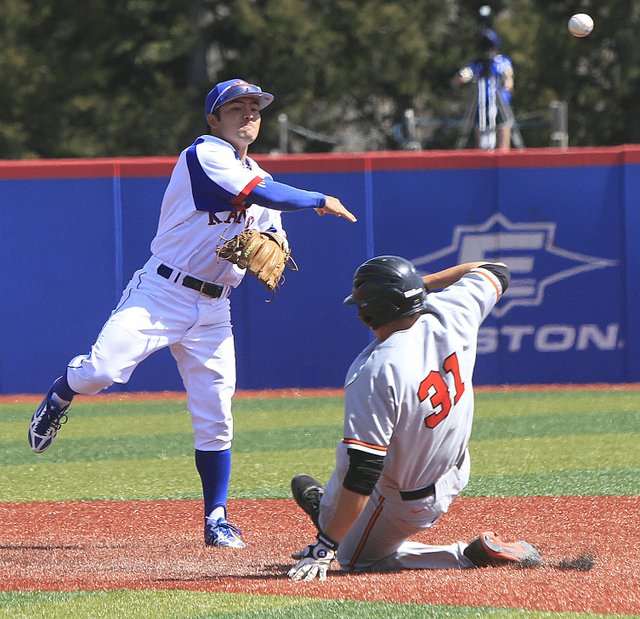 Oklahoma State knocked Frank Duncan around for seven runs in 5 2/3 innings, taking control early in a 14-3 victory over Kansas University on Saturday afternoon at Hoglund Ballpark. By Jesse Newell