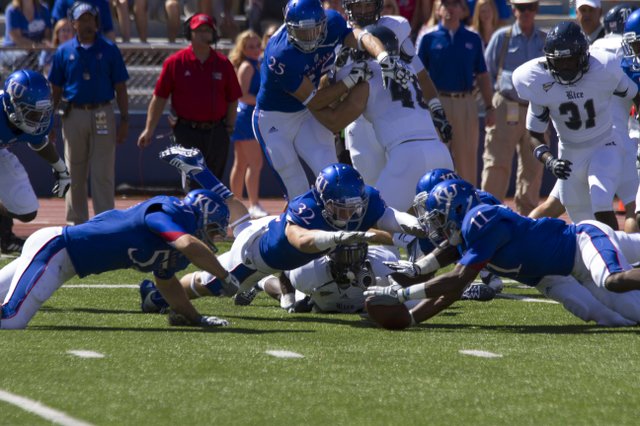 John Young/Journal-World Photo
Kansas players scramble to recover a fumble during their game against Rice Saturday, Sept. 8, 2012 at Memorial Stadium.

Anyone needing proof that the Kansas University football team’s defense has taken a step forward from the woeful performances that were common during the past couple of seasons need look no further than the company the Jayhawks keep in total turnovers.