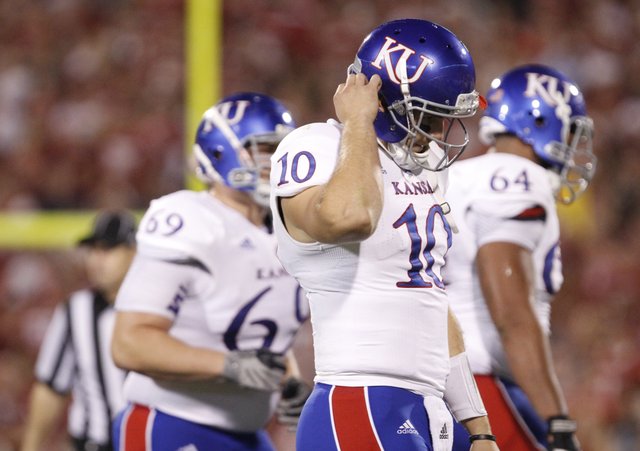 Kansas quarterback Dayne Crist unsnaps his helmet as he comes off the field during the second quarter on Saturday, Oct. 20, 2012 at Memorial Stadium in Norman.

If you had to pick one series to recap the failed experiment that was Kansas University's two-quarterback approach on Saturday night against No. 10 Oklahoma, the only option came late in the first quarter of the Sooners' 52-7 domination of the Jayhawks at Gaylord Family - Oklahoma Memorial Stadium.