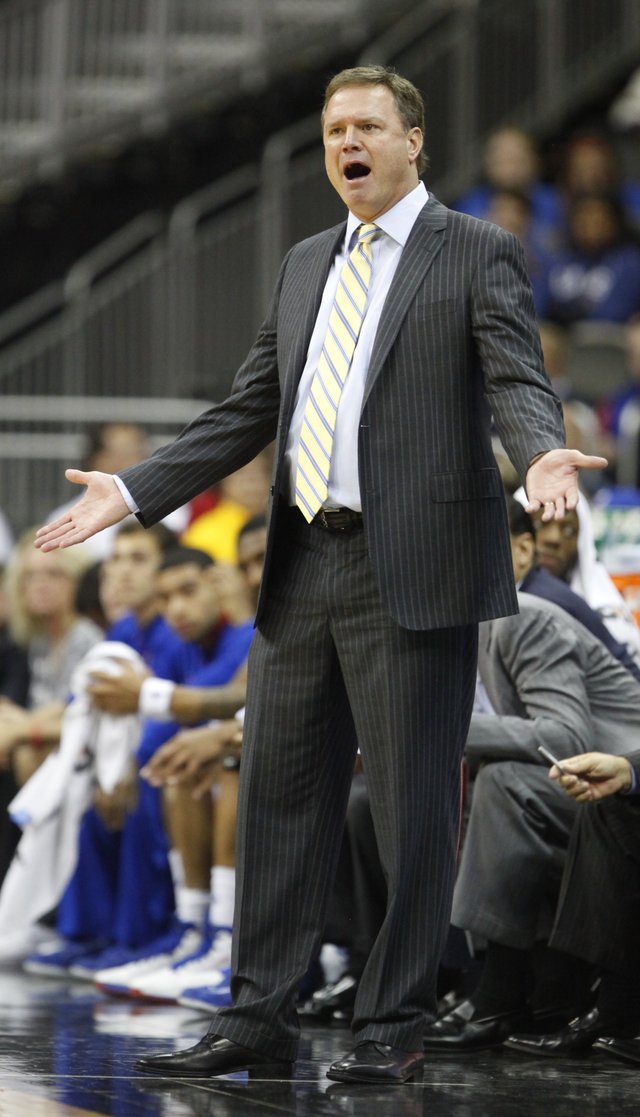 Kansas head coach Bill Self questions an errant pass by the Jayhawks during the first half of the CBE Classic, Monday, Nov. 19, 2012 at the Sprint Center in Kansas City, Missouri.

Kansas University coach Bill Self clarified his stance on the possibility of coaching in the NBA a day after earlier comments made national news and even the front page of ESPN.com. “I only said, ‘Sure, I’d be open to it,’” Self told Reid Forgrave of FoxSports.com on Tuesday. “That was something taken way out of context.”

Bill Self: Jayhawks need to pick up pace

It was tough for Kansas University’s basketball players to play as fast as coach Bill Self wants them to play at practice the day after Thanksgiving. By Gary Bedore