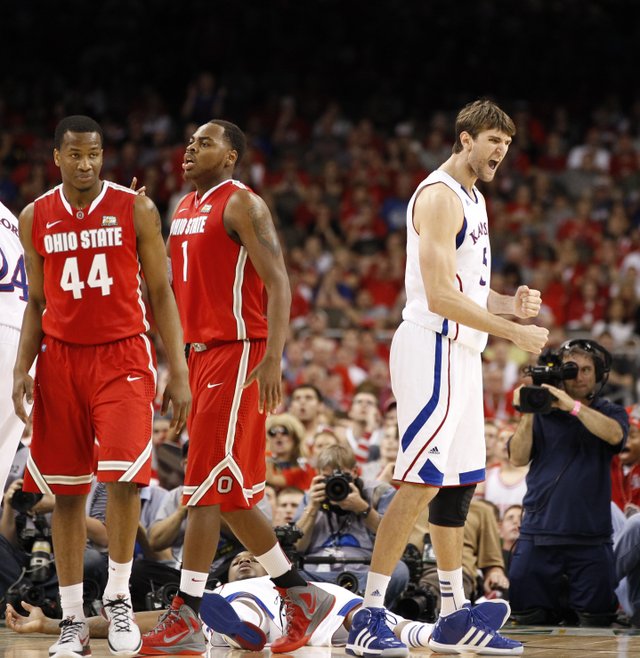 On 'stressful' night, Jeff Withey relieved to be taken by Portland with 39th pick

Surrounded by family and friends in San Diego, Kansas University center Jeff Withey needed something to break the tension of a stressful draft night, finally deciding to play pool with some of his old high school coaches during the second round. He was still at the table when the Portland Trail Blazers made him the 39th overall pick in the 2013 NBA Draft on Thursday night.By Jesse Newell