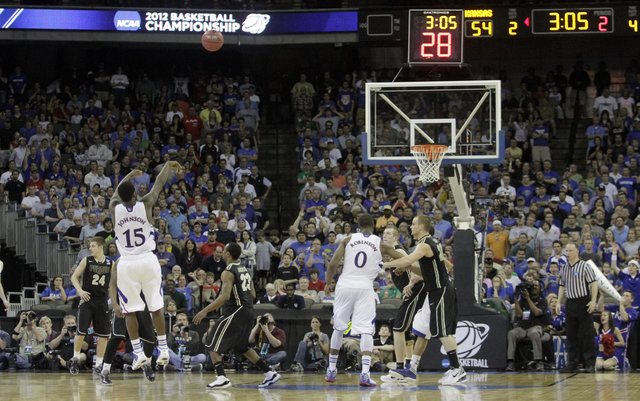 Elijah Johnson (15) shoots a late three-point basket in the second-half of KUÕs 63-60 win over the Purdue Boilermakers. KU will advance to the Sweet Sixteen game against North Carolina State, Friday, March 23, in St. Louis.

It won’t go down in history as a shot as important as, say, Mario Chalmers’ three-pointer against Memphis — one that forced overtime in Kansas University’s 2008 national title victory over the Tigers in San Antonio.