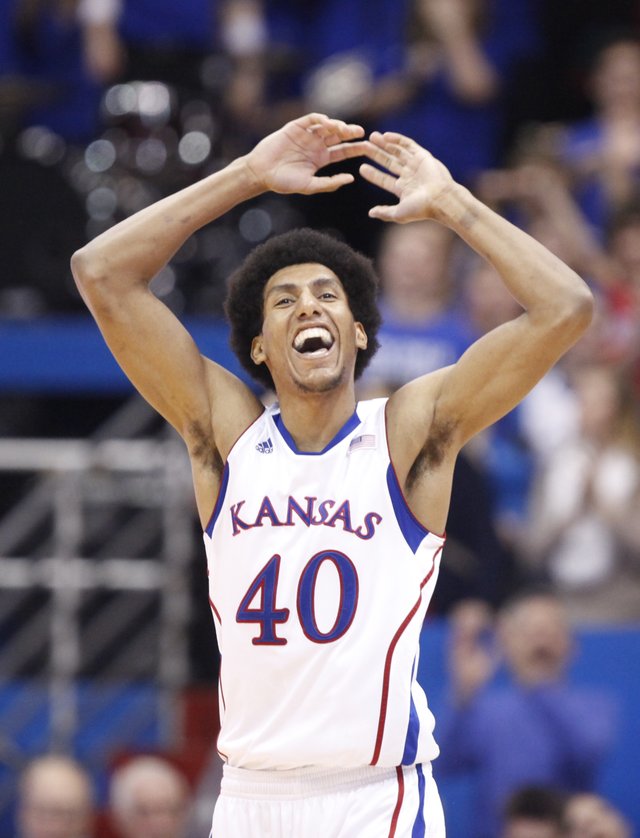 Kansas forward Kevin Young celebrates a dunk by center Jeff Withey against Belmont during the second half on Saturday, Dec. 15, 2012 at Allen Fieldhouse.

Before forward Kevin Young joined the Kansas University men’s basketball team, he was enrolled at three different schools, spent some time as an unofficial assistant coach and scrimmaged with a junior college women’s team. That path and his trademark persistence eventually led him to a starting role in his senior year with the second-ranked Jayhawks. By Matt Tait

Kansas University men's basketball forward Kevin Young has made it a point to coach up the Jayhawks' freshmen big men this season, even at the expense of the senior's own minutes. By Gary Bedore