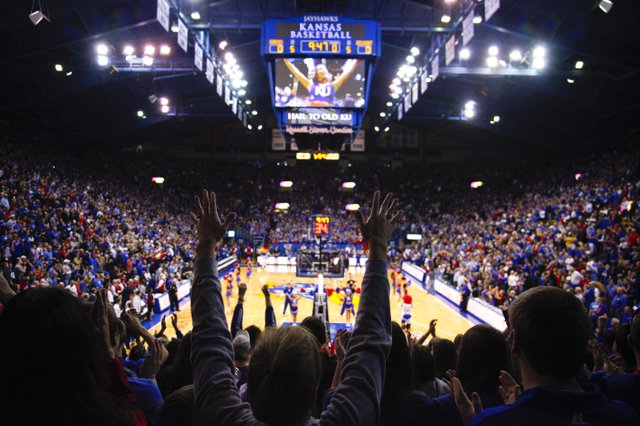 With dates for marquee games against Michigan State, Villanova and Kentucky already known, the Kansas basketball program officially learned what its road to a 15th consecutive Big 12 title would look like on Wednesday, when the Big 12 Conference released the Big 12 portion of the 2018-19 schedule. By Matt Tait

As departments across the University of Kansas campus are being ordered to make budget cuts of about 6 percent, the budget for Kansas Athletics Inc. is expected to grow by about 6 percent, leaders were told Wednesday. By Chad Lawhorn

Supreme Court ruling on sports gambling likely to lead to lengthy discussions at KU, across Kansas

It is still too early to know whether Kansas will legalize sports betting in the wake of Monday’s U.S. Supreme Court ruling, but already Kansas Athletics can envision the ruling changing its operations. By Matt Tait