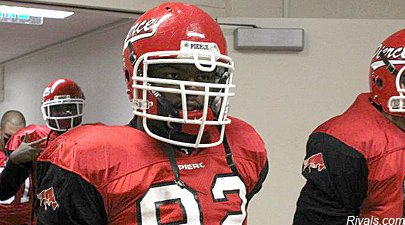 Marquel Combs can be serious

Thanks to his presence on Twitter and in interviews with the local media, top-rated junior-college prospect Marquel Combs made a name for himself as a bit of a jokester throughout his recruitment. By Matt Tait

What already was perceived by many as a solid Kansas University recruiting class received a little extra validation Tuesday, when ESPN released its list of the top 100 junior-college football prospects in the country. Six of those players have committed to KU, including top-ranked Marquel Combs. By Matt Tait