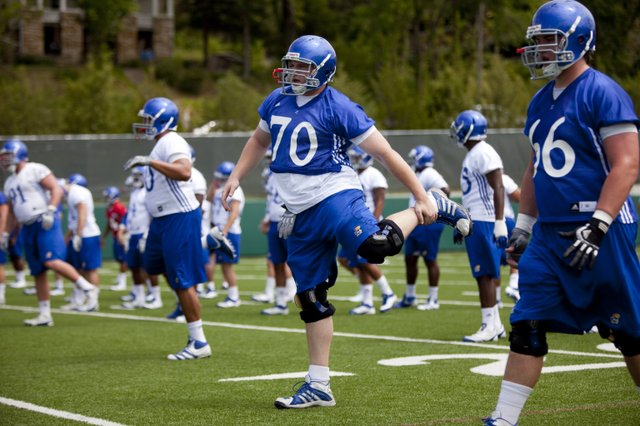 Kansas offensive lineman Gavin Howard stretches out as the team warms up during practice on Thursday, Aug. 2, 2012.

On Sunday, 15 members of Kansas University’s 2012 football team made the traditional walk down Campanile Hill and became college graduates. Eight will return to the football program in 2013 to play out their eligibility. By Matt Tait