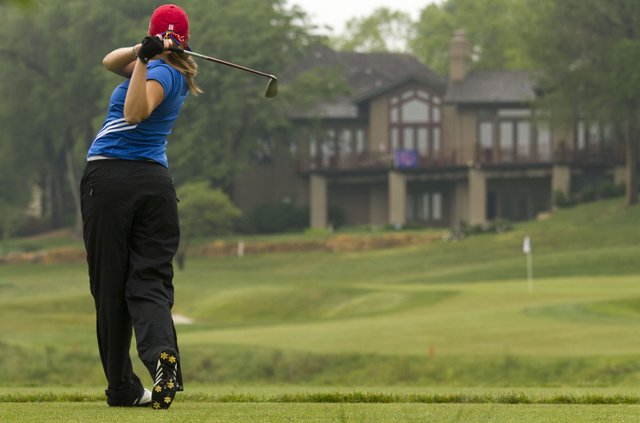 Kansas' Meghan Potee tees off on hole 17 during the final round of the Women's Big 12 Golf Championship Sunday, April 29, 2012, at the Lawrence Country Club.