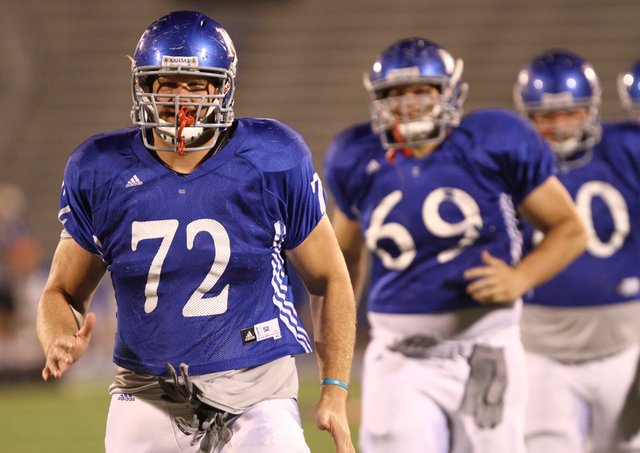 Tanner Hawkinson’s versatility was one of the biggest reasons the Bengals targeted the 6-foot-5, 298-pound McPherson native. By Matt Tait

Kansas senior offensive lineman Tanner Hawkinson was selected by the Cincinnati Bengals with the 23rd pick in the fifth round of the NFL Draft on Saturday. By Matt Tait

For the third time in the past four years, the Kansas University football team will be represented at the NFL Combine, which starts today in Indianapolis. By Matt Tait

With their college careers now behind them, Kansas University football players Tanner Hawkinson and Bradley McDougald have turned their attention toward earning a spot on an NFL roster in 2013. Their goals received a boost this week when both were officially invited to February's NFL Scouting Combine in Indianapolis. By Matt Tait