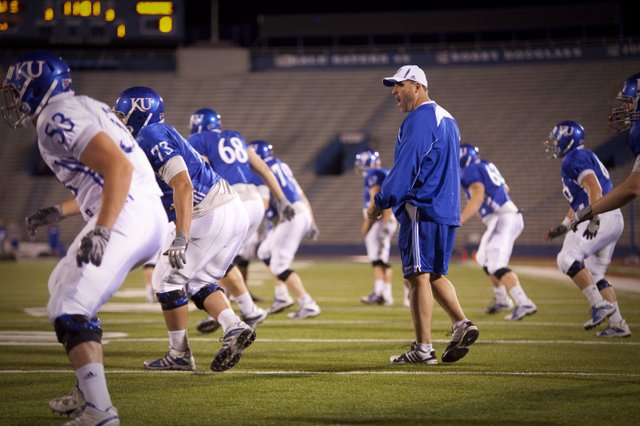 Offensive line coach Tim Grunhard works with his players during a morning practice on Thursday, April 19, 2012 at Memorial Stadium.