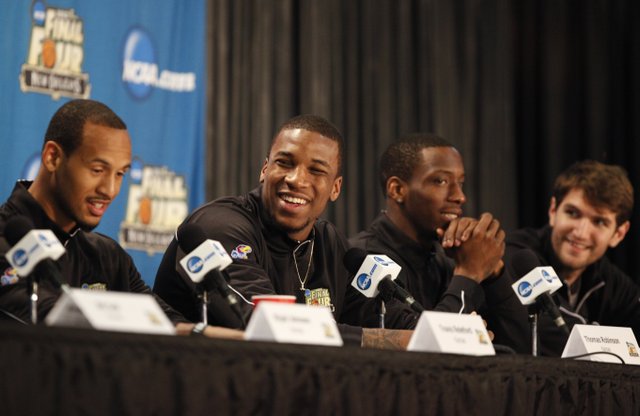 Kansas forward Thomas Robinson, second from left, smiles as he and teammates Travis Releford, left, Tyshawn Taylor and Jeff Withey respond to questions during a press conference on Sunday, April 1, 2012 at the Superdome.

KU junior Thomas Robinson will hold an 11:30 a.m. news conference on Monday to announce plans to enter the NBA Draft.