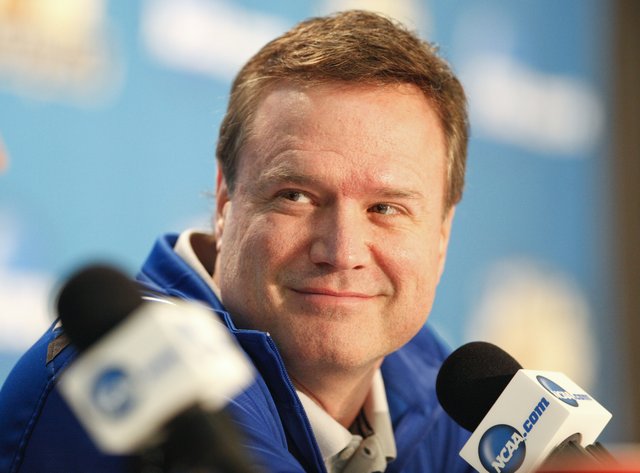 Kansas head coach Bill Self takes questions during a press conference on Sunday, April 1, 2012 at the Superdome.

Bill Self, KU agree on contract through 2021-22 season